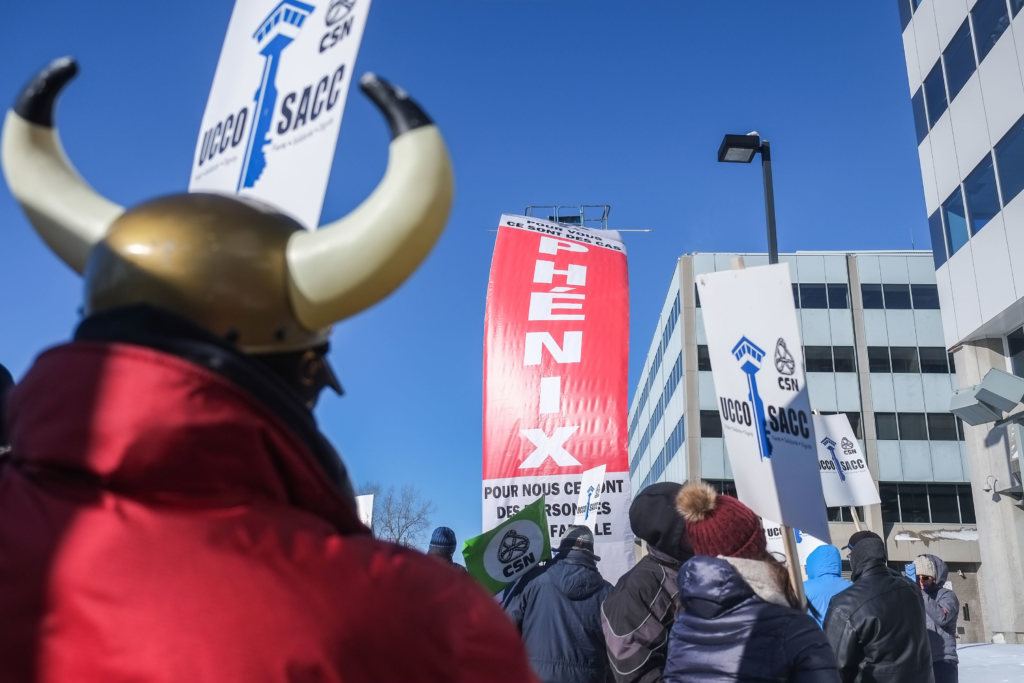 Nearly 300 federal correctional officers demonstrated at noon in front of the offices of Correctional Service Canada to demand that the federal government process various issues associated with Phoenix in a comprehensive and simultaneous manner, rather than in isolation.

“At this time, if you contact the Pay Services Unit (PSU), it will process one issue at a time, even if, for example, with regard to your pay, you have unpaid bonuses, the incorrect hourly wage, and tax issues,” said Frédérick Lebeau, Quebec Regional President. “The PSU deals with one issue at a given time. It is up to members to contact the PSU again to deal with another issue. It is as if I would call my telephone and Internet service provider to be told that at this time, it is only dealing with problems related to the Internet, and to call back in three months to deal with the issues I’m having with my phone.”

While waiting for a working pay system to be implemented, UCCO-SACC-CSN is demanding that the government establish, as soon as possible, a new comprehensive process.

For more than two years, thousands of correctional officers have struggled with the pay system’s failures. “We have members that are delaying parental leaves or leaves with income averaging because they fear they would disrupt their pay,” said Jason Godin, UCCO-SACC-CSN National President. “Some even refuse promotions for the same reasoning. These cases are in addition to the records of underpayments and overpayments that we have seen for years.”

To date, in Quebec alone, about 1300 complaints are still pending.

Trudeau must handle this disaster

For his part, CSN President Jacques Létourneau called on the Justin Trudeau government to once and for all fix the Phoenix fiasco: “While the Conservatives were responsible for implementing the system, the Liberals have been in power for three years, and they have been dragging their feet. With the election coming up in less than a year, the Liberals must handle this disaster.”