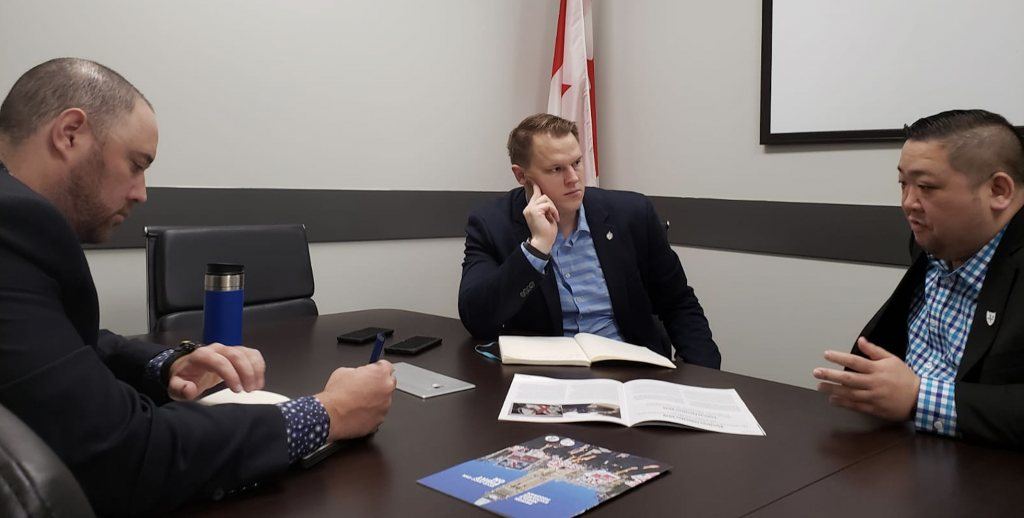 On March 3rd, 2020, Regional President Derek Chin, Regional Vice- President John Randle and CSN Advisor Corinne Blanchette met with Member of Parliament of Mission-Matsqui-Fraser Canyon, Brad Vis. We discussed in great length over the PNEP (Prison Needle Exchange Program) and the dangers it poses.  MP Vis let us know that he initiated a petition for the removal of the PNEP and noted to us he had enough signatures to bring this petition forward to the House of Commons.

The second issue we discussed was the issue on transgender strip searches, where female officers are being disciplined or threatened discipline by management for refusals of strip-searching a transgender inmate. The CSC has not yet put out their final policy regarding transgender strip searches for consultation with UCCO-SACC-CSN. Given the fact that the current interim policy bulletin speaks opposite than the CCRA where it pertains to sex, not gender, the union is obviously concerned. We maintain that the institutions need funding for body scanners for the best interest in all.

Finally, we discussed the Auditor General’s Report on Respect in the Workplace as it was a concern to MP Vis. We discussed our concerns and our views to highlight the roots of some of the issues raised. Our members feel that there is a double standard for management when it comes to the workplace as there is no accountability for their illicit behaviour. Instead, they should be leading by example and coaching staff in establishing a healthy, positive and respectful workplace. We also discussed the Public Service Employee’s Survey as we are deeply concerned why the Pacific Region has overwhelmingly the worst results and feedback out of the five regions in the Correctional Services of Canada.

MP Vis will invite the secretary of Minister of Public Safety (Bill Blair) to come to the region and the riding to discuss these issues further. MP Vis has asked us to draft a follow-up letter and a meeting will be scheduled in the future. We would like to thank MP Brad Vis for the invite to meet with him and his keen interest in Correctional Officers’ issues.