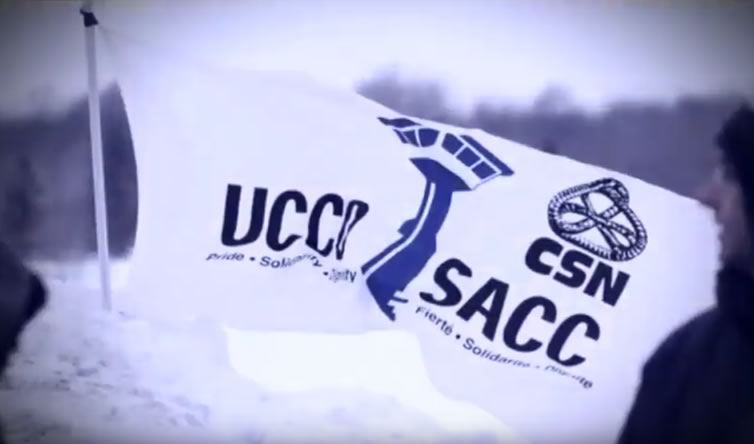 On April 12th, May 3rd and on June 7th, we met with CSC representatives from National headquarters including the Commissioner and discussed several topics. Here is a summary of those talks.

A Strain on Labour Relations
We opened at our most recent NLMC June 7th about the poor state labour relations has taken over the past few months influenced by meaningless consultation or lack thereof. In particular, government political decisions as well as some choices by CSC management nationally has put a strain on labour relations and resulted in a loss of trust between the parties. We spoke of the auditor general report regarding the culture that must change because it allows political decisions to influence departmental policy (CSC). This diminishes the influence of the deputy Minister (our Commissioner) on important policy decisions, such as needle exchange, which may have huge operational consequences on our members.

PNEP (Prison Needle Exchange Program) — We informed the employer that, from an ethical point of view, we will never accept this type of program. We will, however, do what needs to be done to protect the health and safety of our members and we will make the decision makers aware in the government about that complete disregard for consultation on this massive operational & cultural shift. More to come on this issue…

RPC assaults & Population Management issues with Segregation — We have concluded that, as a direct result of the diminished use of segregation, because of court decisions and recent policy changes, violence is on the rise at many sites (10 on the radar). In particular, RPC assaults on staff by inmates has reached and unacceptable high. CSC senior management signalled this site as a high priority, as did we, and agreed to meet at RPC in Saskatoon to take a look at what can be done with existing policy and infrastructure to reduce this trend. We pointed out that we have also seen two murders (inmate on inmate) at treatment centres within 3 weeks of one another. We again asked for chemical restraint to manage our most dangerous, self-harming and combative inmates.

200 hours sick leave advance decision — This file continues to move forward slowly. The first correction action was signed off with a terms of settlement (TOS). We propose a second TOS to CSC to implement the remaining corrective action(s) to be taken. See your local union president for more details if you were affected by this decision or if you have any questions.

Grievance reduction project— We proposed to CSC, in writing, a National Committee to look at reducing the number of backlogged grievances. CSC will study our proposal and come back to us.

Emergency Response Team Allowance and the Instructor Allowance — We have agreed on the interpretation of this bulletin following the Enger decision. Bulletin forthcoming.

Overtime hiring (II-J of the Global Agreement) — We told the employer to stop overcomplicating this article by trying to add language in a bulletin that we did not agree to. We are awaiting on CSC’s response to our issues around this bad faith negotiating after we had reached agreement through our global discussions.

Clothing allowance (43.03) — CSC is trying to overcomplicate this article as well. They will come back to us.

Video Evidence — Although not part of the Global Agreement, we discussed and landed on language that would be included in policy around the viewing of video evidence as it relates to disciplinary investigations. CSC seems to be back peddling on this understanding.

One-time Annual Leave Credit (art. 29.11) — We argued that officers acting outside of the bargaining unit (i.e. parole officer) 37.5 hours be entitled to an additional 2.5 hours of annual leave if they go back to their substantive as a CX (40-hour week), as a result of the collective agreement settlement that allows for a one-shot annual leave credit in lieu of marriage leave. The employer disagrees and says Treasury Board will not accept a policy grievance on the matter. Despite what CSC says, we will check our recourse options on this matter and file the applicable grievance.

Phoenix (the disgrace continues) — Although we are ahead of many other groups in terms of receiving retroactivity, there continues to be numerous issues with all types of payment we are supposed to receive for work performed. The employer failed to provide us a report giving us a status overview of retroactivity paid out. We also met with PSPC, CSC and Treasury Board and asked them why we still cannot speak with someone to fix the entire pay file from A to Z, as promised by the Minister in April. They informed us that this would not be possible until fall 2019! In conclusion: we can believe nothing we are told when it comes to Phoenix…

CD 004 — The employer, after months of consultation, decided to release the CD annex with the changes we agreed to and then went on to add additional changes without our knowledge. We blasted the employer for their complete disregard on trying to have meaningful consultation on this matter. The employer asked for our concerns in writing and promise to schedule a meeting with us as soon as possible.

Gas Gun in Women’s Institutions — After consulting for months and providing the employer many scenarios in which a gas gun could be utilized as another tool to deal with security incidents in women’s facilities, CSC refuses to give us this important and useful tool for these possible scenarios.