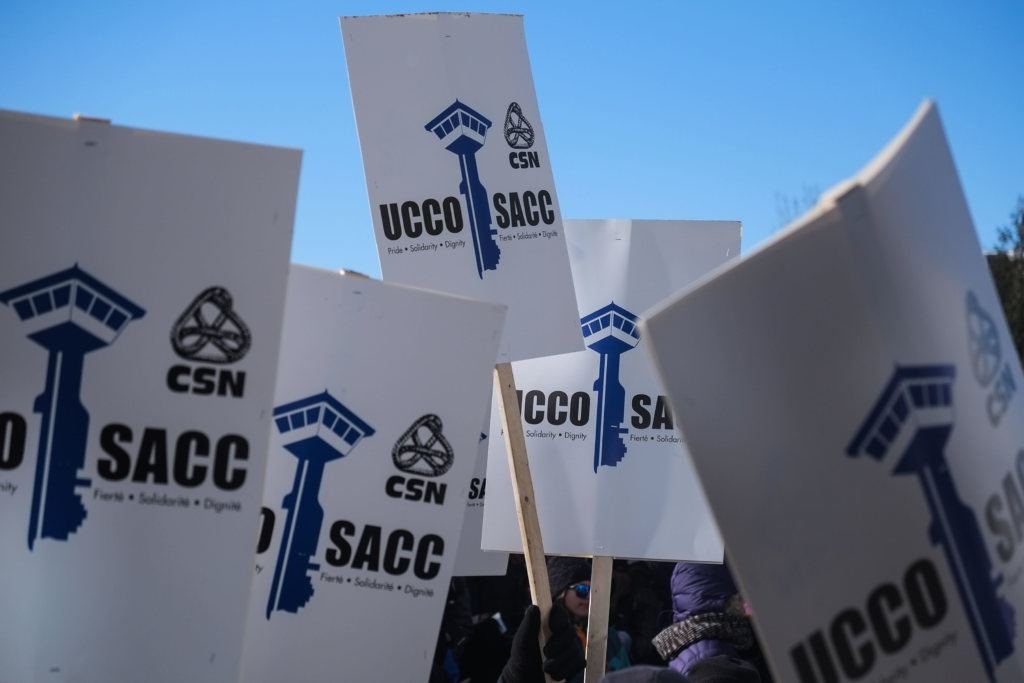 On December the 6th, the Union met CSC senior management, including the Regional Deputy Commissioners, and discussed the several topics. Here is a small summary of the issues covered:

Escort incident at Kingston General Hospital (KGH) — We took a few minutes to acknowledge the heroic actions of four officers who took control of a very dangerous inmate while on escort outside to the hospital who attempted to take control of an officer’s firearm. The employer agreed and indicated that all indicators point to the officers doing an exceptional job in this dangerous situation.

3-way Shift Exchanges—We are still waiting on the Commissioner to decide on this item. We agreed on moving this forward with the former Commissioner and now it seems stalled. We don’t see this as an additional cost, in fact, it will save the employer money.

SDS access for Local Unions — The employer agrees to grant local read-only access to three executive members to view daily roll calls and the overtime report, in addition to the employer having to post daily overtime sheets which have been in place for some time.

Excessive Overtime and short staffing — We informed the employer that forcing officers to work 24-hour shifts in Women’s facilities is unacceptable and cited examples. We have been demanding that the employer come up with solutions to short-staffed institutions for some time, including several male institutions that are also experiencing shortages. Good news! It seems CSC has finally responded to this issue which we have pushed on continuously over the past few months. Over the next year, we will see 32 new primary workers in institutions by the summer of 2019, some starting in February, and 49 more in the fiscal year 2019–2020. CTP’s will run steadily out of Kingston and CSC will possibly add additional CTP’s to occur in Prince Edward Island. Both sides agreed that conversations at the local and regional levels must be robust to try and come up with viable solutions such as exhausting deployment lists, all calls to work, etc. The RDC’s were very much on board with discussing solutions recognizing it as a collective problem requiring collaborative solutions.

Prison Needle Exchange Program (PNEP) — We continue to discuss possible options to the current PNEP pointing out the already troublesome issues with the current policy. The union still does not agree with a needle exchange program but, as we have said all along, it is a health care issue which should not be the responsibility of correctional officers and it should not jeopardize our safety, inmate safety and public safety. On the heels of several mobilization actions, numerous meetings with members of parliament, including lengthy meeting with the Minister of Public Safety, and several public declarations in the media denouncing this initiative, it seems CSC is willing now to explore other options. We resume our talks with the Commissioner and senior management on this subject December 17th. We shall see if CSC is serious about real consultation on this topic.

Family Link—There are some major security issues with the implementation of this program. We requested things be put on hold until as such time we can meet face to face to discuss. CSC has agreed to set up a meeting with us to hear our concerns.

Gun Cages in New Maximum-security units — We have a fix to this health and safety issue which will be applied across the country. The employer will track the progress of the units as they are completed.

Bill C-83 to replace Administrative Segregation—We pointed out to CSC that the Union had submitted its brief and testified at the Standing Committee on Public Safety and National Security raising several concerns about the bill, namely focused on how to operationalize (staffing needs), infrastructure and the lack of a replacement option for disciplinary segregation. We shared our brief with CSC who indicated the government was seeking an extension on the court decision to allow time to review, debate the bill and implement. CSC wants to start information sessions on what has led the government to introduce such a bill and to start discussing how to operationalize should the bill pass. We reminded CSC that we are open to talk about what the bill potentially means for correctional officers but until the bill is passed administrative segregation is still in place. It appears the bill will not be passed until next year.

New Handcuff Policy — We have agreed on a handcuffing security bulletin that ensures that following a TRA (threat risk assessment) in administrative/disciplinary segregation to cuff an inmate, cuffing will occur from behind (given numerous assaults occurring on staff when cuffed from the front) to maximize officer safety. It is essential we are also part of the TRA process. A solid win for officer safety.

CD 004 (deployment standards) — We are still waiting on the employer to give us a final version of the points we agreed upon and issues that we are unable to resolve.

CX access to Inmate Incompatibles — The employer agrees that CX2’s should have access to information that identifies inmates who are incompatible with one another, especially when it comes to double-bunk cell placements. The employer has removed the restriction on Radar/OMS to re-allow access.

Drone posts at Collins Bay — We requested the employer maintain the additional drone positions at Collins Bay Institution given the high number of drones attempting to drop contraband at this site until we pilot the new drone detection technology. CSC seems open to our request to maintain something here and suggested that discussions should continue at the local and regional level to resolve.

IODL (Injury-on-Duty Leave)—As discussed at the National RTW Advisory Committee, in early November, we reminded the employer, in the presence of the RDC’s, that the words “foreseeable future”, in the context of the IODL bulletin does not mean that a deadline is set for putting a person on direct pay. (i.e. In Quebec, it was interpreted as two months). Both the Union and the employer (as agreed at the National Joint Return to Work Advisory Committee) agreed there is no deadline and that each individual case must be reviewed independently, on its own merits.

MOA on the Right to Representation — We finally concluded an agreement on the right to be represented which includes an amendment to our original 2009 agreement. Here is what we added to avoid the employer being biased during an investigation:

Whereas the parties recognize the common interest in ensuring unbiased disciplinary investigations, it is agreed that;

a) The individual duly appointed via a convening order to conduct the disciplinary investigation is not to be involved in the incident subject to the investigation.
b) The person assisting the employee cannot also be a direct witness who was directly involved in the incident being investigated.
c) Any difficulties arising from the appointment of either an investigator or the selection of the person representing the employee will be discussed between the Regional President and the Regional Deputy Commissioner (RDC) or between the National President and the Assistant Commissioner, Human Resources Management, in the cases of disciplinary investigations convened by the RDC.

See your local executive for a full copy of the MOA on the right to be represented.

Vests for new recruits — We signalled what appears to be a supply problem with new recruits getting vests. Some recruits are showing up on site after training with no vests. The employer will check to see what may be causing this issue.

DDH— CSC has once again confirmed to the RDCs the procedure for accepting schedules and the right to have a schedule of 10 and 12 hours. We invite all locals to resubmit their locally accepted schedules to the national joint committee schedule.