ELECTIONS 2019 – Questions to the Political Parties 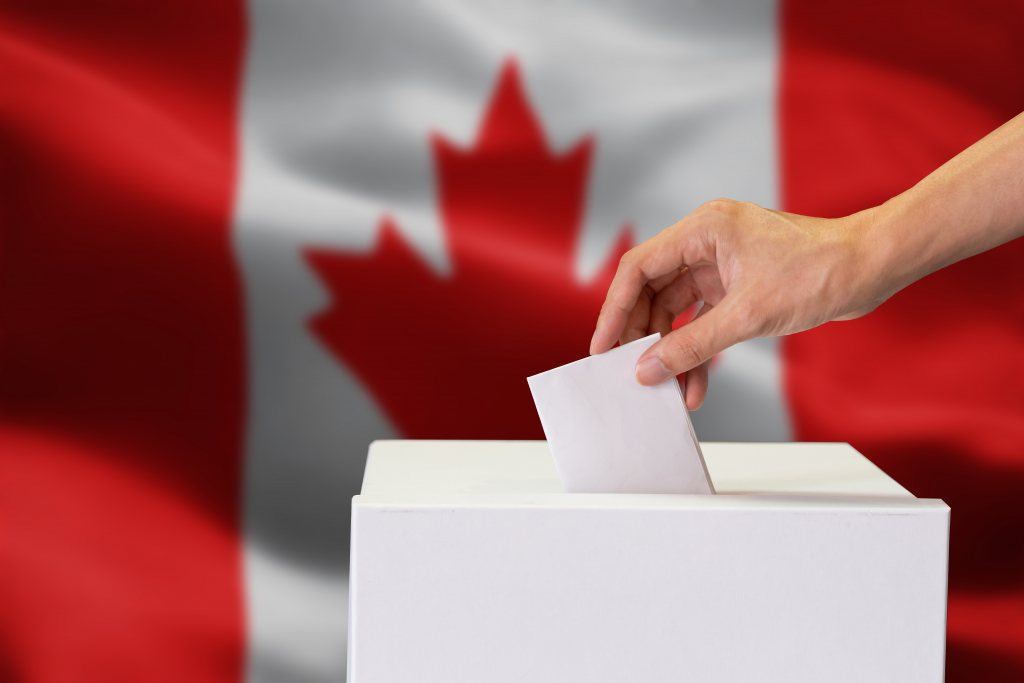 As we all know, Canadians will go to the polls on October 21 to elect their new government. In order to make an informed decision, we remind you that we asked the various political parties to answer four questions. These questions dealt with important issues affecting correctional officers. All major political parties have been contacted, but unfortunately, only the Liberal Party, the Bloc Québécois and the Conservative Party answered.

Here’s what they answered.

If your party forms the next government, will you take all possible measures to prevent the distribution of needles in the Canadian prison cells?

Liberal Party of Canada: “Ensuring the safety of correctional staff is a prerequisite for all the important work our correctional system does. Our government has maintained open lines of communication with correctional officers, with Ralph Goodale being the first Public Safety Minister ever to attend UCCO-SACC-CSN’s national conference this past spring.

Since June 2018, the Correctional Service of Canada has been rolling out the Prison Needle Exchange Program (PNEP) in federal institutions across the country to help prevent the sharing of needles among inmates and the spread of infectious diseases, such as HIV/AIDS and Hepatitis C. The PNEP is consistent with the Canadian Drug and Substances Strategy and based on a sizable body of international evidence, which shows that prison needle exchange programs reduce the spread of disease without increasing drug use or risks to staff.

Lower rates of infectious disease among inmates make correctional institutions safer places to live and work, and they make Canadian communities safer when offenders’ sentences end. The establishment of an Overdose Prevention Site at Drumheller Institution in Alberta, a potential alternative to needle exchange, was done at the urging of UCCO-SACC-CSN leadership. We will continue engaging in constructive dialogue with correctional officers and supporting measures that make institutions safer for inmates and staff.”

Bloc Québécois: “Last spring, the Bloc Québécois sent the ministers responsible its concerns about the “Correctional Service Canada Prison Needle Exchange Program.” The Bloc Québécois does not oppose the implementation of harm reduction measures. It requests that the program have all the necessary resources to fill the lack of prior consultation with the local and Quebec union and to discuss with them and the prisoners different means of implementation, including: a supervised and controlled space instead of allowing needles in the cells; the enhancement of the accessibility of medical resources on a more complete schedule; and the opportunity for female prisoners to analyze the substances they possess.”

Conservative Party of Canada: “Conservatives believe that prison time should be meaningful – both for the prisoner and for society.  And that means ensuring that the correctional system actually corrects criminal behaviour.  Correctional officers are, quite literally, on the front lines of implementing this agenda.  Your work, each and every day, helps to keep Canadians safe today but also improves our community safety tomorrow. Conservatives have long opposed the prison needle exchange program.  We do not believe that prisoners should have access to drugs while behind bars.  And we also don’t think that giving convicted criminals a weapon like a needle is smart policy.  That is why a Conservative Government led by Andrew Scheer will end the prison needle exchange program.”

a) If your party forms the next government, what will you do to resolve the fiasco that is Phoenix?

Over the last year, the Liberal government has been exploring options for a Next Generation HR and Pay system that will meet the needs of employees in the 21st century. Every step of the way, we’ve used the hard lessons learned from the flawed development of Phoenix to guide us. We’ve used an open, transparent procurement process which involves working with vendors, pay specialists, managers, union representatives, and rank-and-file public servants to stress test options and make sure the needs of users remains our focus. The Next Generation team will present options for next steps and we will find a solution that works for public servants.”

Bloc Québécois: “As soon as the Phoenix pay system was implemented, bringing about its fair share of problems, the Bloc Québécois asked the government for a specific time frame for the replacement of Phoenix as well as transitional measures for the families affected by this debacle. We asked them to consider a solution involving the corporate administrative system, as requested by the Professional Institute of the Public Service of Canada, and we ask that they explain themselves.

Since people are the ones affected by the federal government’s mismanagement, we demand the immediate introduction, together with the Canada Revenue Agency, of tax relief measures and compensation in the form of sums of money for those government employees who were wronged. In addition, while waiting for the replacement of the system, everything must be done to correct these mistakes, for instance by hiring additional government employees.”

Conservative Party of Canada: “Due to Liberal mismanagement, more than 150,000 public servants have been impacted by the Phoenix pay system fiasco, including many of your members. It’s unacceptable that Justin Trudeau’s failure to manage the Phoenix pay system has resulted in a $1 billion bill for taxpayers.  Conservatives believe the government has to develop a clear and comprehensive plan to resolve issues related to the premature implementation of Phoenix.   Action must be taken to clear current backlogs and ensure that public servants are never again subjected to the financial insecurity that resulted from this Liberal mismanagement. “

b) Will you hire enough public servants to rapidly correct the mistakes caused by the Phoenix pay system?

Liberal Party of Canada: “Unlike the previous Conservative government, we will not remove critical capabilities from the solution to fit it into an arbitrary cost-cutting budget. The Harper Conservatives set this project up to fail by treating it as a cost-cutting measure, rushing its implementation, and firing hundreds of workers ‎who were needed to ensure people were paid accurately and on time.

The Liberal government has already increased capacity by 1,500 at the pay centre, and the backlog is down by approximately 200,000 transactions since January 2018, and we have provided $1.5 billion in retroactive payments to employees. We are making progress, and we will continue our efforts to stabilize the system until our public servants are paid accurately and on time, every time.”

The outgoing Minister of Public Security and Emergency Preparedness Ralph Goodale made a commitment to include correctional officers in the Memorial Grant Program for First Responders. Will you respect his commitment?

Liberal Party of Canada: “We will continue standing with the women and men who risk their lives to keep us safe, and with their families when tragedy strikes. In recognition of their sacrifice, we established the Memorial Grant Program for First Responders, which provides a tax-free $300,000 payment to the families of police officers, firefighters and paramedics who lose their lives as a direct result of their duties. The possibility of including correctional officers in this program has been discussed with UCCO on multiple occasions. Further details about policy commitments are available in our platform.

https://2019.liberal.ca/our-platform/first-responders/): “We will take care of the people who take care of us.

Our firefighters, police officers, and paramedics put their own safety on the line every day in service to all Canadians, at great personal expense. We will continue to support our first responders and public safety workers by recommitting to advancing Canada’s first-ever National Action Plan on post-traumatic stress injuries.

In recognition of this unique service, we created the Memorial Grant Program for First Responders, which provides a lump-sum, tax-free payment of up to $300,000 to family members of first responders who have died as a result of their duties.

We will expand the Memorial Grant Program to include correctional workers by the end of 2020, and will continue to consult with other public safety workers to further broaden the program as appropriate.

People who work in Canada’s correctional system also play a critical role in protecting the public, doing difficult work in a uniquely challenging and often dangerous environment. Thankfully, work-related deaths are rare for these employees, but when they happen, we need to be there to support the families they leave behind.”

Conservative Party of Canada: “Regarding expanding the Memorial Officer program, Conservatives are certainly open to exploring this matter further.  Correctional officers do good work every day to keep Canadians safe.  And those who pay the ultimate price should be honoured, and their families protected.  We will continue a productive dialogue under a Conservative Government on this important issue.”

Will your party adopt legislation that was introduced in the 41st Parliament that grants the right to correctional officers to request a blood sample when the officer is attacked with or exposed to an inmate’s bodily fluids?

Liberal Party of Canada: “Correctional officers do a critically important job in one of Canada’s most challenging and potentially dangerous work environments. A Liberal government will continue engaging constructively with UCCO-SACC-CSN to make correctional institutions as safe and secure as possible for staff, inmates and all Canadians.”

Conservative Party of Canada: “With regard to the Blood Samples Act, it was a Conservative Member of Parliament who introduced this legislation as a Private Members Bill.  We support the objectives of ensuring that correctional officers are protected in cases where inmates use bodily fluids as a weapon.”