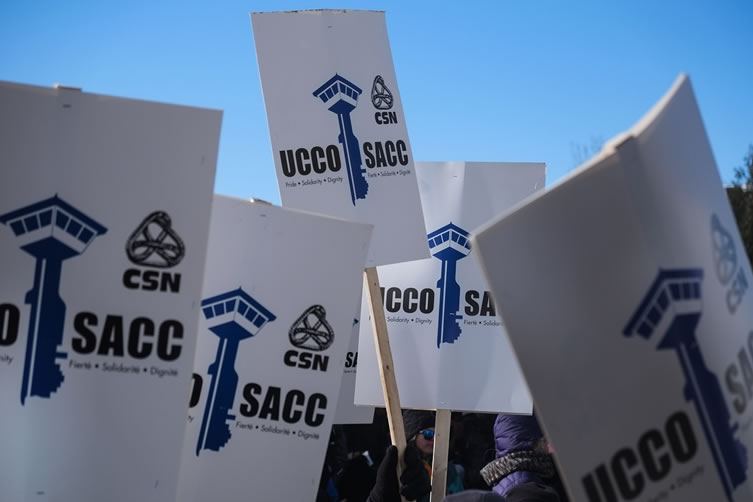 On July 23, the Union met with a representative from the Prime Minister’s office responsible for Public safety to discuss the Prison Needle Exchange Program (PNEP). We expressed our disappointment that the government blindsided us with this policy without even talking to the men and women tasked with having to operationalize this initiative.

In addition to this, we pointed out several unanswered questions including:

• What role do Correctional Officers play when trying to prevent illicit drugs from entering & being used in our institutions now that the government has decided to condone drug use? Should we not be assisting offenders to stop using drugs?

• Does CSC still has a zero-tolerance policy on drug use? What has changed?

• Why operationalize something when harm reduction strategies and infectious disease control strategies are already working (hepatitis C rates have declined from 32% to 8% in 10 years – CSC stats)?

• Why not spend resources on care and treatment, rather than this type of program?

We also pointed out that you cannot compare us to a community on the street and that inmate culture in North America is not the same as European countries. We pointed out that Statistics Canada indicates that 68% of inmates committed their crime while on drugs, something that does not sit well with the Canadian public.

The PMO’s representative thanked us for our valuable insight into this issue and, surprised to hear we were not consulted on the issue, he committed to speaking with the Minister of Health, asking her to sit down and talk with us.

We asked for the government to delay the widespread implementation of this program, scheduled in January 2019, until we have an opportunity to properly consult and evaluate the issues with two pilot projects that have already started at Grand Valley & Atlantic Institutions. The PMO representative promised to come back to us on this request.

At this meeting, we also spoke about administrative segregation and the recent court decisions, emphasizing the issues concerning us following these decisions. We requested to be consulted on any further policy changes or modifications to Bill C-56. We were assured that, yes, we would be kept up to speed on any new developments and that we would be consulted.

Lastly, we touched briefly on the Blood Samples Act that we are still waiting on the government to introduce for correctional officers. We were told that this issue is still on the government’s radar.